This biography is Courtesy and Copyright to NewAdvent.org | Please donate to support them.

Jean de Brébeuf was a Jesuit missionary, born at Condé-sur-Vire in Normandy, 25 March, 1593; died in Canada, near Georgian Bay, 16 March, 1649. His desire was to become a lay brother, but he finally entered the Society of Jesus as a scholastic, 8 November, 1617. According to Ragueneau it was 5 October.

Though of unusual physical strength, his health gave way completely when he was twenty-eight, which interfered with his studies and permitted only what was strictly necessary, so that he never acquired any extensive theological knowledge.

On 19 June, 1625, he arrived in Quebec, with the Recollect, Joseph de la Roche d’ Aillon, and in spite of the threat which the Calvinist captain of the ship made to carry him back to France, he remained in the colony.

He overcame the dislike of the colonists for Jesuits and secured a site for a residence on the St. Charles, the exact location of a former landing of Jacques Cartier. He immediately took up his abode in the Indianwigwams, and has left us an account of his five months’ experience there in the dead of winter. In the spring he set out with the Indians on a journey to Lake Huron in a canoe, during the course of which his life was in constant danger.

With him was Father de Noüe, and they established their first mission near Georgian Bay, at Ihonatiria, but after a short time his companion was recalled, and he was left alone.

Jean de Brébeuf met with no success. He was summoned to Quebec because of the danger of extinction to which the entire colony was then exposed, and arrived there after an absence of two years, 17 July, 1628. On 19 July, 1629, Champlain surrendered to the English, and the missionaries returned to France. Four years afterwards the colony was restored to France, and on 23 March, 1633, Brébeuf again set out for Canada.

While in France he had pronounced his solemn vows as spiritual coadjutor. As soon as he arrived, viz., May, 1633, he attempted to return to Lake Huron. The Indians refused to take him, but during the following year he succeeded in reaching his old mission along with Father Daniel. It meant a journey of thirty days and constant danger of death.

The next sixteen years of uninterrupted labours among these savages were a continual series of privations and sufferings which he used to say were only roses in comparison with what the end was to be. The details may be found in the “Jesuit Relations”.

In 1640 he set out with Father Chaumonot to evangelize the Neutres, a tribe that lived north of Lake Erie, but after a winter of incredible hardship the missionaries returned unsuccessful. In 1642 he was sent down to Quebec, where he was given the care of the Indians in the Reservation at Sillery. About thetime the war was at its height between the Hurons and the Iroquois, Jogues and Bressani had been captured in an effort to reach the Huron country, and Brébeuf was appointed to make a third attempt. He succeeded.

With him on this journey were Chabanel and Garreau, both of whom were afterwards murdered. They reached St. Mary’s on the Wye, which was the central station of the Huron Mission. By 1647 the Iroquois had made peace with the French, but kept up their war with the Hurons, and in 1648 fresh disasters befell the work of the missionaries — their establishments were burned and the missionaries slaughtered.

On 16 March, 1649, the enemy attacked St. Louis and seized Brébeuf and Lallemant, who could have escaped but rejected the offer made to them and remained with their flock. The two priests were dragged to St. Ignace, which the Iroquois had already captured.

On entering the village, they were met with a shower of stones, cruelly beaten with clubs, and then tied to posts to be burned to death. Brébeuf is said to have kissed the stake to which he was bound. The fire was lighted under them, and their bodies slashed with knives.

Brébeuf had scalding water poured on his head in mockery of baptism, a collar of red-hot tomahawk-heads placed around his neck, a red-hot iron thrust down his throat, and when he expired his heart was cut out and eaten. Through all the torture he never uttered a groan. The Iroquois withdrew when they had finished their work. The remains of the victims were gathered up subsequently, and the head of Brébeuf is still kept as a relic at the Hôtel-Dieu, Quebec.

His memory is cherished in Canada more than that of all the other early missionaries. Although their names appear with his in letters of gold on the grand staircase of the public buildings, there is a vacant niche on the façade, with his name under it, awaiting his statue.

His heroic virtues, manifested in such a remarkable degree at every stage of his missionary career, his almost incomprehensible endurance of privations and suffering, and the conviction that the reason of his death was not his association with the Hurons, but hatred of Christianity, has set on foot a movement for his canonization as a saint and martyr.

An ecclesiastical court sat in 1904 for an entire year to examine his life and virtues and the cause of his death, and the result of the inquiry was forwarded to Rome. 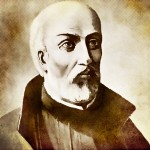