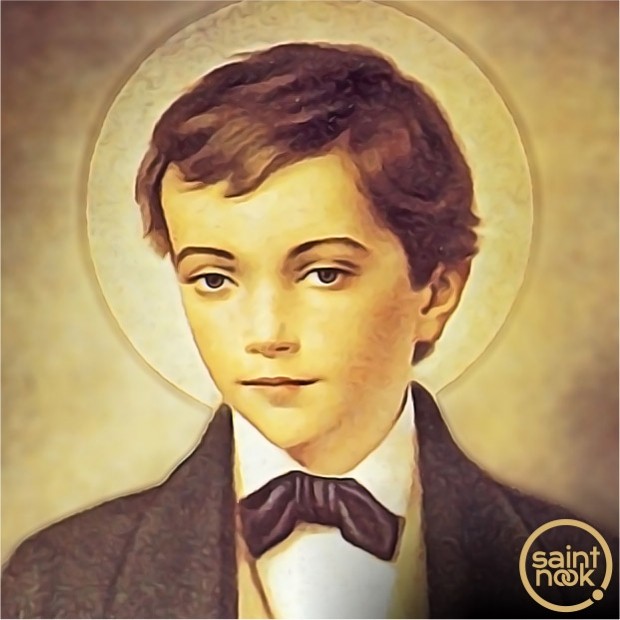 Dominic Savio was born to a poor family in northern Italy. From his early years, he displayed a remarkable attention to communion with God. With his acceptance to Don Bosco’s Oratory, he resolved to become a saint, and remained a model of chastity, kindness and prayer to the rest of the community. He died from bad health at the age of 15, seeing visions of Heaven awaiting him.

Help our small team fill in this saint’s details and information, and send us reference links. Your website link will go here so that everyone knows you sponsored this saint.

born to Charles and Brigid Savio

Given the name Domenico at baptism

On the evening of March 9, 1857, after being visited by his parish priest, he asked his father to read him the prayers for the Exercise of a Happy Death from his book of devotions. Then he slept a while, and shortly awakened and said in a clear voice,

With these words, Dominic died, though, at first, it appeared to his father that he was asleep.[53] Dominic’s father wrote in a letter to John Bosco, conveying the news of the death of his son,

“With my heart full of grief I send you this sad news. Dominic, my dear son and your child in God, like a white lily, like Aloysius Gonzaga, gave his soul to God on March 9th after having received with the greatest devotion the Last Sacraments and the Papal Blessing”

The Basilica of Mary Help of Christians in Turin (his tomb)