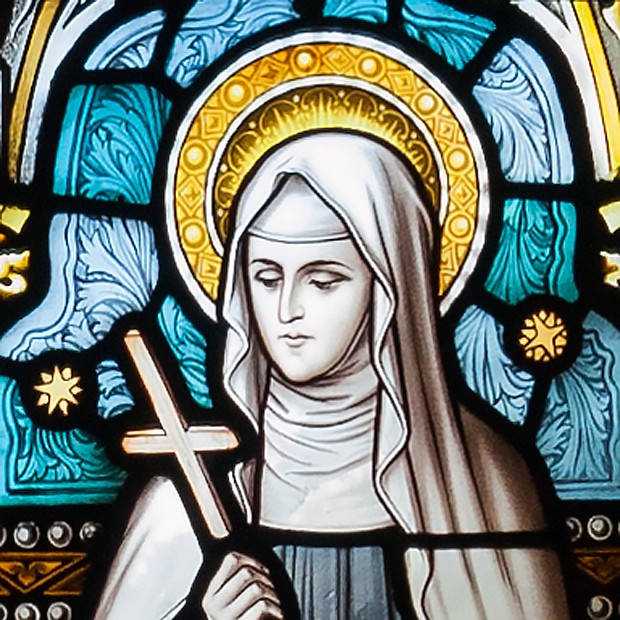 A Prayer to St Brigid: Brigid You were a woman of peace. You brought harmony where there was conflict. You brought light to the darkness. You brought hope to the downcast. May the mantle of your peace cover those who are troubled and anxious, and may peace be firmly rooted in our hearts and in our world. Inspire us to act justly and to […] View
Basic Information

Brigid was born daughter to a chieftain and a slave woman, and brought up by a druid. Her life was marked by miracles from an early age which impressed the king of Leinster, who granted her her freedom. She became a religious and founded a monastery over the fires of a pagan shrine at Kildare, and developed into a cathedral city of culture and learning. She and her friend, St Patrick, are regarded as the Pillars of the Irish people.

Brigid of Kildare, Brigid of Cell Dara, Brigid of the Isles, Bride, Bridget, Brigit, Ffraid, Mary of the Gael