5 Minutes with a Saint: St Joan of Arc!

Br Joseph Martin, Fr Luc and their guest Walter dive into the highlights of St Joan of Arc’s life. Never ones to take education too seriously, make new friends with these friars and laugh your way to better learning!

Youngest in a family of 5 children, Joan grew up hard working and pious in Domremy, France, during a time of political tension and war. At 13, she was granted visions from 3 saints who inspired her to reclaim France from the English and confirm the king’s coronation. With supernatural charisma and maidenly modesty, she marshaled the army to repeated victories. She thus earned the hatred of the English, who captured her during a failed battle. Through an illicit Inquisition comprised of harsh treatment and incessant grueling, she was condemned to the stake as a heretic. 24 years later, the Pope championed a reversal and cleared her name.

Ok… This is what happens when two brothers and a friend try to make a little bio of St Joan of Arc (for the series « 5 Minutes with a Saint ») and how we end up fooling around so much that all this seems to be a big joke… Sorry friends! Next time we try to be more serious… It’s old footage, we did the filming in spring 2015 (so 8 month ago, when we were still young, haha).
Thank’s to Walter for being part of this!

Let us know what you think in the comments! What’s your favorite quote from St Joan? 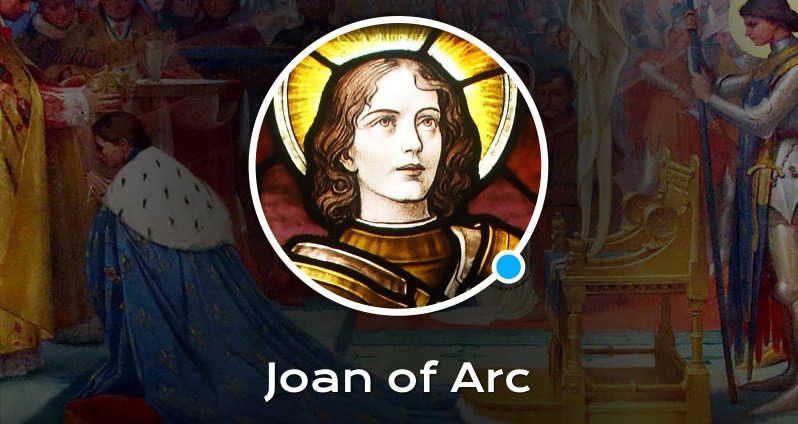